Udupi, July 29, 2022: In an order issued on July 29, Deputy Commissioner of Udupi district M Kurma Rao has permitted the movement of buses on NH 169A at Agumbe Ghat.

Due to landslide in the first week of July, only light vehicles were allowed on this route.

But as the repair and restoration works have been completed, the Deputy Commissioner has allowed buses to travel on this route. However, the ban on heavy vehicles will continue till August 31. 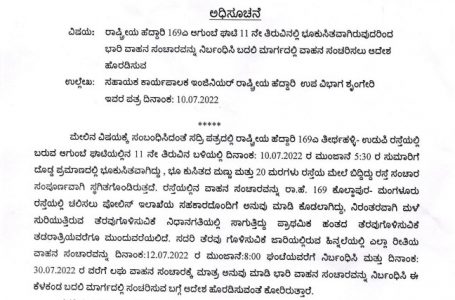