Mangaluru, Dec 04, 2021: Mangaluru International Airport (MIA) walked the extra mile to come to the aid of a family that faced a mid-air health crisis. The Air India Express (AIE) aircraft in which the family of five were travelling to Sharjah from Kannur made an emergency landing at MIA on December 3 after the woman passenger in the family, a mother of three children suffered a cardiac arrest and breathing issues.

Based on the alert that the airport operation control central (AOCC) of MIA received from the commander of flight IX-745 about this medical emergency on board at 9.21am, the entire emergency apparatus of MIA and stakeholders concerned were put on alert to deal with the same.

With a senior MIA official running point, the family that included the ailing passenger, her three minor children and her husband were escorted to A J Hospital at Kuntikana, Mangaluru for treatment in 17 minutes from the time that the aircraft rolled to a stop at 10am after a doctor attached to the Airport Health Organisation (APHO) examined the woman passenger onboard the aircraft and found her to be stable.

The family that later departed on flight 6e-1417 from MIA to Sharjah at 11pm, on arrival at the airport from the hospital received priority in clearing the mandatory RT-PCR tests and other statutory clearances. Porters were on hand to escort the family right up to the boarding gate.

The aerodrome rescue and firefighting (ARFF), APHO, customs, airline, CISF, immigration and ground handling agency (GHA) worked in tandem to ensure that the family had a broad smile on their face at the end of the day. This action reaffirmed MIA’s commitment to passenger satisfaction at every step of the way, especially during a potentially life-threatening crisis. 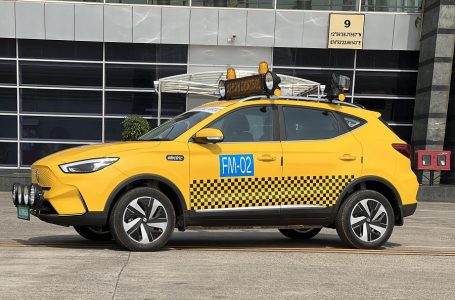