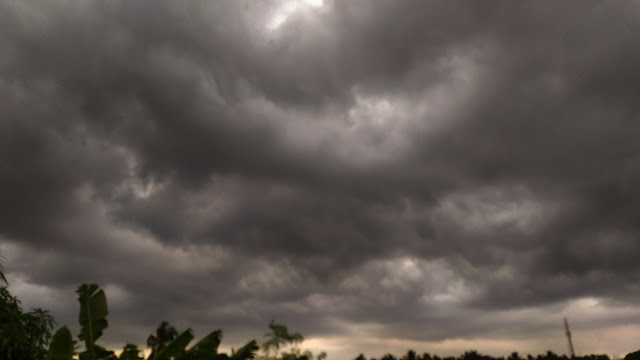 Udupi, April 08: Sudden evening shower for about one hour on Tuesday brought down the temperature in Udupi.

It remained cool on Tuesday night and Wednesday early morning too.
The rain was accompanied by wind, lightning, and thunder in many parts.

As it was unexpected and rained for about an hour, in many places the stormwater drains were blocked and rainwater flowed on the road bringing all the dirt and mud to the road.

Lightning partially damaged the house of Mr. Ganesh Shenoy of Kumbhashi village and Mr. Sudhakar Shetty of Beluru village. The loss is estimated to be Rs 10,000 each. Lightning also resulted in the death of cattle of Mrs. Devaki in Hardalli Mandalli village of Kundapura.

Electricity supply was affected in several areas for a few hours. However, the supply returned by night. 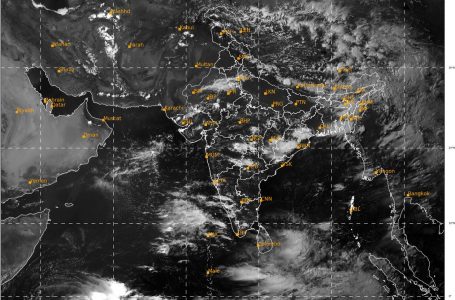 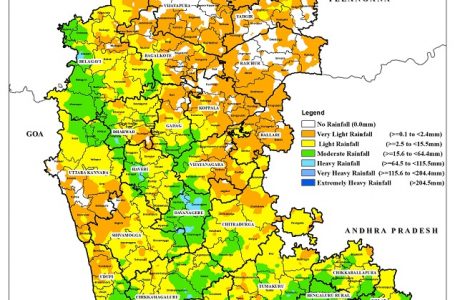