Share this post
Mangaluru, March 27:
The fear of Coronavirus is believed to have forced a person to commit suicide in Dakshina Kannada district.
This is second such incident in the coastal region in two days.
Sadashiva Shetty (56) a resident of Meramajalu village in Bantwal Taluk was working at a Petrol bunk.
Police said that he had developed a belief that he had come into contact with the Coronavirus. He also feared that it would also affect his family members.
Dejected by this Mr Sadashiva is said to have committed suicide by hanging himself to the ceiling fan at his house on Thursday night.
On March 25, Gopal Madival of Udupi District had committed suicide. He too had stated in his press note that he was committing suicide as he suspected of having Coronavirus.
JOIN OUR TELEGRAM GROUP
Tags: 21DayLockdown COVID COVID-19 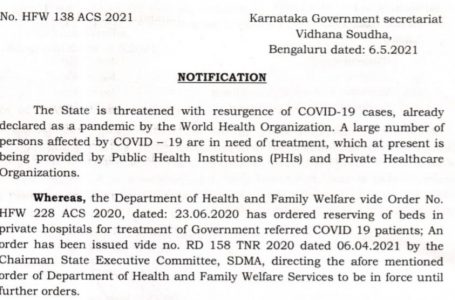