Mumbai, July 29, 2022: The discipline of practicing medical care in the aviation space is a special area of practice which isn’t often highlighted in the mainstream discussions. It involves the clinical care and operational support provided to the passengers and the crew members.

In this regard, the distinctive role of the resident doctors at the Chhatrapati Shivaji Maharaj International Airport (CSMIA) is key in terms of keeping the healthcare machinery at one of one of the busiest Indian airports up and running. The unique challenges that come being associated with the airport, often pushes the doctors to strive for performing in high pressure situation, with an occupational excellence which keep the operations running smoothly at the airport.

There have been several instances where doctors of CSMIA have given timely aid to passengers in need. One such recent example would be of a 67-yr-old male passenger, who was travelling from Mumbai to Dubai. The passenger complained of having episodes of fainting along with uneasiness and profuse sweating.

The medical history revealed that the passenger had Diabetes, Hypertension & Ischemic Heart Disease and had undergone angioplasty surgery 12 years ago. Post careful clinical examination by the CSMIA Medical team, the passenger was suspected to have Acute Heart Attack (Acute Inferior wall Myocardial Infarction) along with high blood sugar levels and heart failure. Immediately emergency medications were administered to the passenger, and he was advised urgent hospitalisation along with a consultation from a Cardiologist.

Since the passenger was travelling alone, his son was contacted and informed about his condition. After his son’s consent, the passenger was shifted to Nanavati hospital through Airport Cardiac ambulance, and he was accompanied by the airline staff & Airport Medical team.

Early Investigations at Nanavati Hospital revealed that the passenger had 100% blockage in the Right Coronary artery along with a few blockages in the Left Circumflex coronary artery for which angioplasty was conducted timely. The passenger post-surgery recovered well and thanked CSMIA’s medical team for their early diagnosis and their prompt decision making skills which helped save his life.

Between 2010 and 2020, the CSMIA medical team has attended over 2,06,238 medical cases. Of these, about 2,600 cases were severe medical emergencies, who were immediately shifted to near-by hospitals by CSMIA Airport ambulances. On an average Doctors at CSMIA handle about 60 to 80 patients daily and about 1,800 to 2,400 patients monthly.

In the wake of the pandemic, CSMIA undertook meticulous efforts to set up an iron-clad medical support system at the airport.

CSMIA has one Central Emergency number 022-66850108 (Airport Contact Center) manned 24×7, which can be dialed by passenger / visitor / staff for any emergency at CSMIA including medical emergency so that the nearest medical team can reach the location as soon as possible.

The location of Airport Medical Centers are as follows:

The location of First Aid Centers are as below:

The aviation industry given its unique service offering and the nature of operations is often accompanied with the set of challenges and responsibilities which require a distinct set of thinking and expertise. The medical team and the doctors working round the clock at CSMIA have been an indispensable part of the airport operations and have also been the pillars which upheld the smooth functioning o f CSMIA during the challenging years of the pandemic. Echoing the motto of Gateway to Goodness for all passengers transiting through CSMIA, the doctors of CSMIA display a great degree of expertise in combating the diverse set of issues one encounters at the airport, to ensure a smooth and stress-free travel for all passengers. 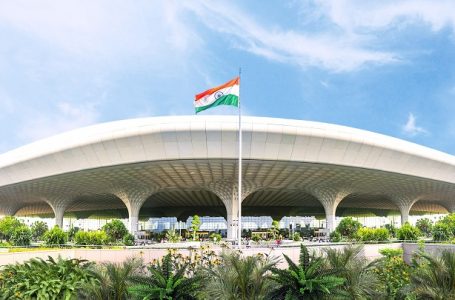 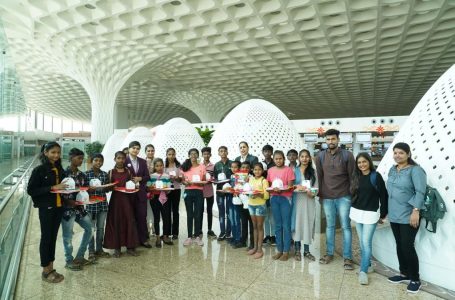 Young citizens enjoy ‘A Day in a...