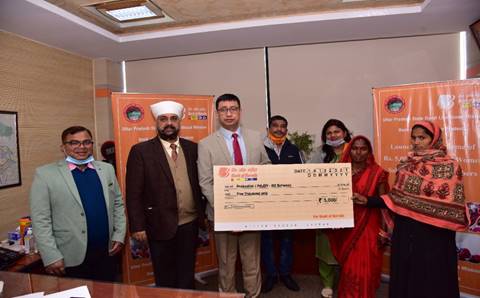 As a part of the event, the facility for overdraft (OD of Rs. 5,000/- to verified SHG members under DAY – NRLM having accounts under the prime Minister Jan Dhan Yojana with Banks was launched by Nagendra Nath Sinha, Secretary of Department of Rural Development.  This facility has been initiated in pursuance of the announcement made by the Finance Minister in her budget speech of 2019-20.

Six Women SHG members from three States i.e., Rajasthan, Jharkhand and Uttar Pradesh (Two from each State) were provided with a cheque of Rs. 5,000 to mark the start of the scheme by the senior officials of the Banks in the presence of Chief Executive Officers/senior officers State Rural Livelihoods Missions at functions organised at State Head Quarters of the respective States.  It is estimated that about 5 crore women SHG members under DAY-NRLM would be benefitted from this facility evetually.

A total of 200 Participants (approx.) from different banks and State Rural Livelihoods Mission (SRLMs) have attended this event across 75 locations.

The annual awards for performance of Banks under SHG Bank Linkage programme during the year 2020-21 were announced and the following Banks were awarded:

Nita Kejrewal, Joint Secretary, congratulated all the award-winning Banks and thanked every one for their active participation and deliberations in the programme. 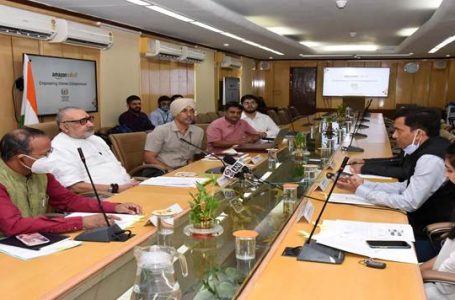 Collaboration between MoRD and Amazon for online...