New Delhi, Dec 24, 2021: In a bid to reach out to the masses, industries and the AYUSH fraternity, Ministry has taken various initiatives and steps including Y-Break App, AYUR-UDYAMAH, Ayush Grid etc. The year 2021 witnessed remarkable moves by the Ministry spreading its wings across the world and caters to the needs of the public and industries. These are some of Ministry’s initiatives and achievements among many.

When the world is severely affected with the negativity of COVID-19, the Ayush Ministry has consistently worked to fight the pandemic. In one of the achievements, Ministry launched a nationwide distribution campaign of AYUSH 64. It was done through 86 clinical units of Research Councils and National Institute under the Ministry of Ayush across the country with support from Sewa Bharti. The scientists of reputed research institutions of the country found that AYUSH 64, a polyherbal formulation developed by the Central Council for Research in Ayurvedic Sciences (CCRAS), is useful in the treatment of asymptomatic, mild and moderate COVID-19 infection as an adjunct to standard care. The efficacy of these drugs has been proved through robust multi-centre clinical trials.

The pandemic created panic and fear among the public and initially they were unsure how Ayush could resolve their problems. In response, a dedicated community support helpline was operationalised by the Union Ministry of Ayush to provide AYUSH-based approaches and solutions for the challenges raised by Covid-19. The toll-free number is 14443. The helpline is operational pan-India from 6 am to 12 midnight-all seven days a week.

Ayush Ministry promotes and propagates Yoga through a dedicated International Day of Yoga every year on 21 June. Prime Minister Shri Narendra Modi announced the ‘WHO mYoga’ App in his address on the occasion of the 7th International Day of Yoga. This app will enable easy learning of Yoga training practice, based on the Common Yoga Protocol (CYP) in many languages.

Further, Ministry’s launched the “Y-break” App for working professionals to Refresh, Re-focus and De-stress in just 5 minutes at their workplace to increase their productivity. The app is based on Common Yoga Protocol. The protocol includes Asanas, Pranayama and Dhyana.

In an initiative, the three premier institutions come together to develop a Protocol for Psychosocial Rehabilitation of COVID-19 Patients. These 3 eminent institutions are the Central Council for Research in Yoga & Naturopathy (CCRYN), an autonomous body of the Ministry of Ayush, the National Institute of Mental Health and Neuro Sciences (NIMHANS), Bengaluru and the Swami Vivekananda Yoga Anusandhana Samsthana (S-VYASA). They jointly released the protocol.

In a major step taken by the Ministry of Ayush and Ministry of Women and Child Development, a collaborative campaign on Nutrition was initiated. A drive to plant herbal plants in Anganwadis, schools and kitchen gardens is also underway to ensure the easy availability of nutritious food and medicinal plants for pregnant and lactating women and children. The mission includes promotion of Take Home Ration on Ayush bases Guidelines (Fortification/ Wholesome combination), Mission Kalpataru-Propagation and plantation of Nutritional Medicinal Plants/tree and Ayush based interventions for malnutrition and Anemia at all AWC in a phased manner.

A clearer picture emerged about the growing market size of AYUSH when RIS report titled ‘AYUSH Sector in India: Prospects and Challenges’ was launched. The report revealed that the market size of AYUSH has grown by 17 per cent in 2014-20 to reach US dollars 18.1 billion. As per the Research and Information System for Developing Countries (RIS) report, despite a slump in economic activity in 2020 due to the pandemic, the industry is projected to reach US$ 20.6 billion in 2021 and US $23.3 billion in 2022. In terms of the global share, India has grown faster in the AYUSH market as compared to the world and accounts for about 2.8 per cent of the market, which is likely to hold even though disruptions in production are not ruled out.

AYUSH UDYAMAH was also inaugurated to relentlessly work towards making India’s Start-ups and the Start-up Ecosystem, the best in the world. This will contribute to the long term vision of Aatm Nirbhar Bharat. New ideas need a conducive environment to prosper and the centre will help young entrepreneurs to establish themselves before they scale up their ventures.

In a historical development, the Government Unani Medical College & Hospital (GUMC&H), Ganderbal, Jammu and Kashmir welcomed its 1st batch of BUMS (Bachelor of Unani Medicine & Surgery) course. The Hospital of the college is expected to provide services to around three lakh people of 136 villages and will also cater population adjoining districts of Srinagar, Baramulla and Bandipora.

Yoga and its growing popularity were felt in numbers as the IDY 2021 was observed enthusiastically worldwide. The Central theme of IDY 2021 was “Yoga for Wellness.” Various collaborations, thematic quality programs, webinars, virtual events etc and technological advancements helped to reach the masses. The success in numbers shows that 156.86 million persons participated in IDY 2021 in India and 496.1 million was the total outreach (including Social Media outreach).

The involvement of Indian missions abroad saw over 50,000 people participating in various activities and Yoga left its footprints in iconic places such as Times Square in New York, Eiffel Tower in Paris and inside the Tokyo Skytree, the world’s tallest tower, where people observed the 7th IDY with enthusiasm.

Moving to IT-based solutions, the launch of the CTRI (Clinical Trial Registry of India) portal pertinent to the Ayurveda Dataset along with AMAR, RMIS, SAHI and e-Medha portals boosted the presence of AYUSH on online space. Ayurveda Dataset CTRI is a primary Register of Clinical Trials under the world health Organization’s International Clinical Trials Registry Platform. The creation of the Ayurveda Data Set in CTRI facilitates the usage of Ayurveda Terminologies to record clinical studies based on Ayurveda interventions. Further, Ayush Ministry marked another milestone by launching its’ Ayush Clinical Case Repository (ACCR) portal and the third version of AyushSanjivani App in a virtual event.

To mark the 75 years of Independence, Ayush Ministry initiated a series of programmes under the Azadi Ka Amrit Mahotsav campaign. The launch of these various programmes started from 30th August and lasted till 5th September. It was a bouquet of interesting events such as the launch of the Y-break app, distribution of medicinal plants, medicinal plants to be Cultivated on 75-thousands-hectares of Land in the Country, National Campaign to Distribute Prophylactic Medicines to 75 lakh people in one year, Hamara Ayush, Hamara Swasthya: A Series of Lectures for Students of over 75,000 Schools and Colleges, Popularising Ayush System among Youth and a Webinar on the Utility of the Y-Break App.The activities will continue for a year.

In another initiative, the Ministry formed an Inter-disciplinary AYUSH R&D Task Force to formulate and design clinical research protocols for prophylactic studies and add-on interventions in COVID-19 positive cases. The task force includes representation from the Indian Council of Medical Research (ICMR), the Department of Biotechnology (DBT), the Council of Scientific and Industrial Research (CSIR), the AllIndia Institute of Medical Sciences (AIIMS) and AYUSH Institutions.

In a major collaboration, the All India Institute of Ayurveda (AIIA) and U.K.’s London School of Hygiene & Tropical Medicine (LSHTM) came together to conduct a study on ‘Ashwagandha’ for promoting recovery from COVID-19. AIIA and the LSHTM signed a Memorandum of Understanding to conduct clinical trials of ‘Ashwagandha’ on 2,000 people in three U.K. cities — Leicester, Birmingham and London (Southall and Wembley). It is noteworthy that the trial’s success can pave the way for Ashwagandha’ to be a proven medicinal treatment to prevent infection and be recognised by the scientific community worldwide.

Strengthening AYUSH in north-eastern states, a new Ayurveda College with 30 seats and Ayurveda Hospital with 60 beds to be established at Pasighat.

Also, the Ayush Ministry virtually signed a Memorandum of Understanding (MoU) between the Pharmacopoeia Commission for Indian Medicine & Homoeopathy (PCIM&H) and American Herbal Pharmacopoeia, USA. This will help in strengthening, promoting and developing standards in the field of Ayurveda and other Indian Traditional systems of medicine between the two countries on the basis of equality and mutual benefit.

Adding feather in its cap, the Indian Medicines Pharmaceutical Corporation Limited (IMPCL), the public sector manufacturing unit of the Ministry of AYUSH recorded a turnover of Rs 164.33 Crore (tentative figure) for the financial year 2020-21. This is the highest number achieved in the company’s history and an all-time high profit of approximately Rs 12 crore is reported for the year. In the previous year, 2019-20 best revenue figures of the company was Rs 97 Crore. This growth is reflective of the fast-growing adoption of AYUSH products and services by the public in the wake of the COVID-19 pandemic.

The Ministry of AYUSH is actively working on the gap areas by identifying challenges and issues of the sector and is also exploring the various avenues to accelerate its acceptance at the global level. The sector has immense potential for entrepreneurship and Ayush Ministry can encourage and facilitate the same. 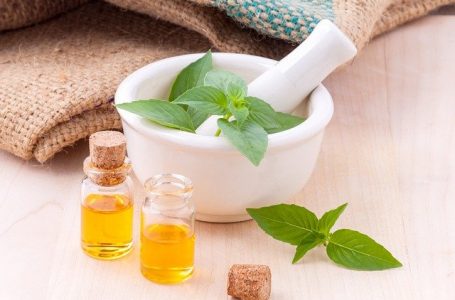 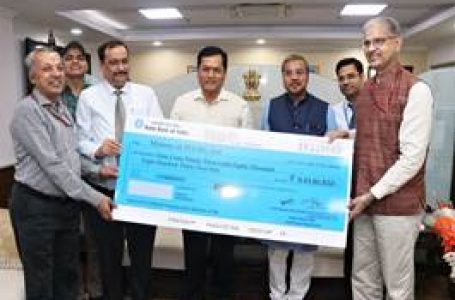