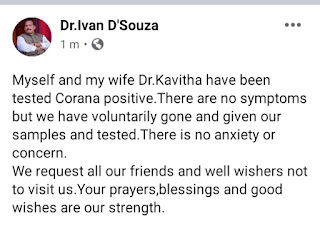 Mangaluru, Aug 01: Congress leader Ivan D’Souza tested COVID positive. He has confirmed this in a Facebook post.
“Myself and my wife Dr Kavitha have been tested Corona positive,” Ivan stated and added that both have no symptoms.
“We request all our friends and well wishers not to visit us. Your prayers, blessings and good wishes are our strength,” he stated in the tweet.
KPCC president D K Shivakumar was on his visit to Dakshina Kannada district and Ivan had accompanied him and attended various party program on Friday and Saturday.
Ivan and his wife had given sample for testing Friday and on Saturday evening got to know that both tested positive.
Sources said that he had provided sample for testing about three days ago which had stated him negative.
With Ivan testing positive, it is to be seen if Congress leaders who had been with him in the last few days including D K Shivakumar, former Minister U T Khader, DCC president Harish Kumar will have to be under home quarantine.
JOIN OUR TELEGRAM GROUP
Tags: Ivan D'Souza 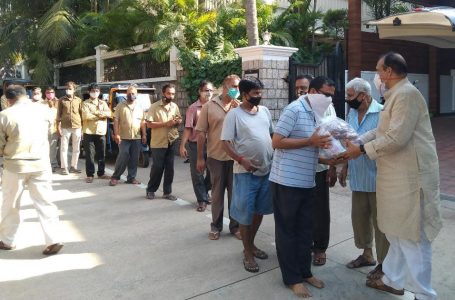 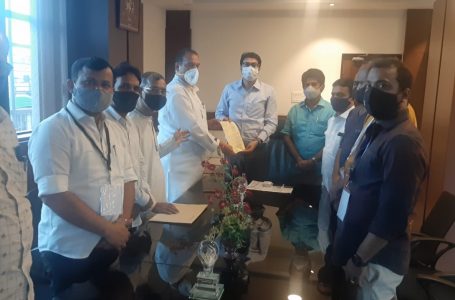 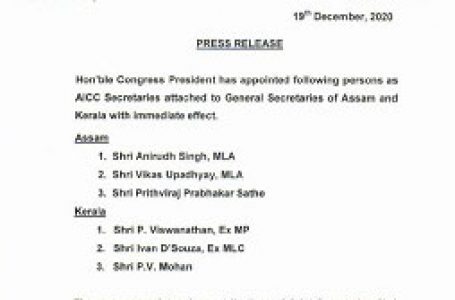