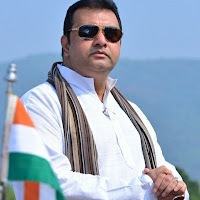 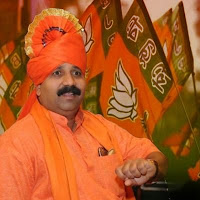 It all began on Wednesday morning when Pramod Madhwaraj attracted the attention of the Chief Minister about the hotel quarantine of a pregnant woman.
“One pregnant lady who came from Dubai has been sent for hotel quarantine against the rules of the Govt and it is 15 days and she has not been sent home and even home food has been stopped to her. Take action against @dcudupi for his [email protected]….” Pramod tweeted.
The message had an immediate impact and the woman was released within a few hours.
But things did not stop here. It was just a beginning of an argument between the two groups.
Pramod also brought a few more such cases to the notice of the government and district administration.
“Also release all those in institutional quarantine including small children (which is not allowed ) who are in hotels (paying heavily) and in hostels who have completed 14 days immediately @dcudupi @BSYBJP,” he tweeted.
By then MLA Raghupathi Bhat replied sharply.
“Pramod Madhwaraj who was in quarantine for about 60 days has now complained against the deputy commissioner. We appreciate and support DC and his team who have been working round the clock for the people,” Bhat tweeted.
Though Pramod did not answer this, when another person questioned the silence for two months, Pramod immediately gave a witty reply- “I don’t publish whom I have helped and I don’t have to. I have done enough charity from my own earnings. Never posed for pics by spending money collected from others. I am unhappy with the violation of SOP issued by the Govt and laxity in sand issue .”
This was an indirect reply to Raghupathi Bhat and BJP leaders.
Pramod maintained his cool in all the conversations on twitter even when people tried to criticize him and personally attack him.
One person who objected to Pramod complaining against the DC, threw a challenge to the former minister to clear KAS.
Pramod was not enraged on this too. He cooly replied- “U better do it. I will extend all help. I am age barred. Will appoint u as my PS if I again become minister…”
JOIN OUR TELEGRAM GROUP
Tags: G Jagadeesha