He was virtually addressing the fifth edition of the annual Launchpad-The Entrepreneurship Summit organized by BITS, Pilani today. Paying his tributes to Nanaji Deshmukh, an illustrious alumnus of BITS Pilani, Goyal said that his life and work has been an inspiration to many.

Quoting Steve Jobs, the Minister said, “Innovation distinguishes between a leader and a follower”. Highlighting that BITS had a history of producing innovators and risk takers, he spoke of a number of BITSians who had successfully ventured into diverse fields like cinema, writing, business and even social service.

He opined that the motto of BITS, ‘knowledge is supreme power’, is more relevant than ever in today’s era of knowledge economy. Observing that BITS students had made a name for themselves in the world of innovation and entrepreneurship, the Minister pointed out that 10% of India’s unicorns were founded by BITS alumni.

Goyal said that laboratories, mentorship, incubators and funding are the four essential elements for a healthy startup ecosystem and added that the Centre of Incubation, Innovation and Entrepreneurship (CIIE) at BITS provided all four.

He applauded the flexible academic structure of BITS that aided innovation during the college years of the students and said that it resonated in large measure with the new education policy that the Government has introduced after extensive consultations.   He asked other colleges to learn from the BITS model and mould job creators rather than job seekers.

Referring to Startups as the innovation engine for the country, Goyal said today, we are the 3rd largest startup ecosystem in the world. It may be noted that in 5 years, the number of startups registered with DPIIT went up from 500 to more than 65,000 and there are more than 90 unicorns in the nation.

Reiterating that ‘an idea can change your life’, the Minister spoke of the USB innovator Mr. Ajay Bhatt from Vadodara who developed the technology with the goal of making data portable like never before.

Goyal underscored that entrepreneurship is all about disruption and change.  Outlining the many disruptions India has been witnessing across the board such as the way we buy goods online, access digital healthcare consultations, make payments though UPI etc, he said that things had changed fundamentally.

He asked entrepreneurs to not be afraid of failures. Failures are part of an entrepreneur’s journey, so take it ‘lite’, he said, referring to the BITS language for remaining calm. Don’t give up, persevere harder, become bolder, engage with newer ideas and thoughts, he added.

Stating that new India is filled with new energy, enthusiasm and confidence, the Minister said that it no longer seeks incremental change but thirsts for transformations. He asserted that an atmanirbhar India was now striving to engage with the world from a position of strength.

Speaking of the great leaps India was taking in areas like fintech, agritech and marketplaces, Goyal said that PM Modi had given the mantra of IT + IT = IT (Info Technology + Indian Talent = India Tomorrow) for India’s future. He said that we must aspire to make IT and associated sector a trillion-dollar industry.

The Minister said that India was leading in building Digital Public Infrastructure and added that the penetration of smartphones and low cost of data has laid the foundation for disruptive innovation at scale. With digital infrastructure like IndiaStack, Healthstack, Logistics Stack, CoWIN, the next trillion-dollar companies can be created in India, he said.

Goyal said that today, developed countries around the world wanted to learn about building digital public infrastructure from us. Scale and pace of digitization in Indian is something unheard of and could be the topic of PhD thesis, he added.

Listing the several steps taken by Government in its role as the as the facilitator to strengthen the startup ecosystem such as Fund of Funds for Startups, Income Tax exemption for 3 years, Seed Fund Scheme, cutting down of examination period for new trademark registrations etc, the Minister said that that the government, instead of creating impediments like in the past, was actively handholding our youngsters to think big and dream big.

Pointing out that National Startup Award winners had emerged from smaller cities such as Kochi, Lucknow, Sonipat, the Minister said that this was evidence that the Startup ecosystem was being democratised.

He urged them to think of ways to use these technologies, individually or converged to create new opportunities. Opining that sustainability and circular economy are the need of the hour, the Minister said that  the challenge of sustainability in a way would create the next set of big business ideas in finding solutions to climate change, sustainable mobility, water management etc.

Quoting Elon Musk, Goyal said that ‘It is possible for ordinary people to choose to be extraordinary”. He told the students that the future belonged to those who have the courage to pursue their dreams. Your innovations should reach not only every nook and corner of the country but across the world, he said.

He expressed confidence that the startups of today would be the leaders of tomorrow and asked young entrepreneurs to help this country attain higher levels of prosperity and meet the aspirations of a billion plus citizens who are still looking to be stakeholders in our progress and prosperity through deep innovation. 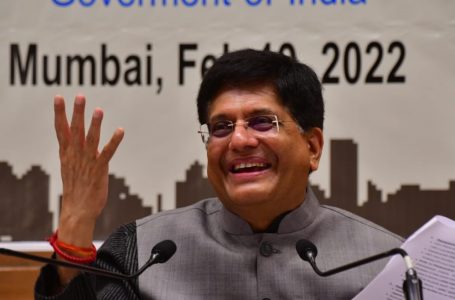 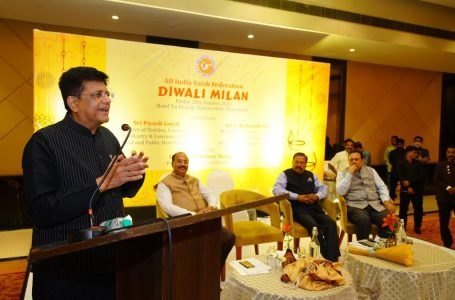