Mangaluru, Dec 15, 2021: Condemning the police lathi-charge on protestors at Uppinangady, the Campus Front of India (CFI) staged a protest at Clock Tower Circle in Mangaluru today.

“The steps taken by the police hints at Police State. We condemn the discrimination shown by the police,” State Committee member Siraj said while addressing the protestors.

District president Sarfuddin blamed the Sangh Parivar for using the student community to spoil peace in the district.

“Trishuls are being distributed and officials are being threatened. The silent police officials then have lathi-charged the protestors at Uppinangady,” Sarfuddin alleged. 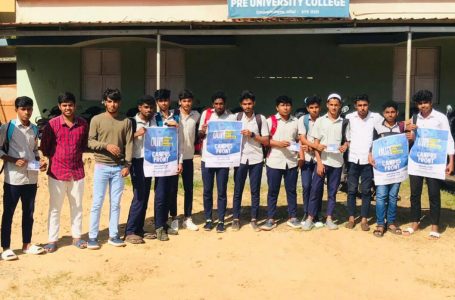