While a separate district was a longstanding demand, the then district in-charge minister Jayaprakash Hegde in the Janatha Dal government played a major role in the formation of the district.

The small district also helps in close and constant supervision over all the departments. Proximity and possible accessibility of district-level officers ensure confidence and a sense of security especially for the people of remote areas.

For the Public:
Yes. The formation of Udupi district has helped to a great extent to the common man. A person in Shirooru, Byndooru, which was then in the Northern tip of Dakshina Kannada district, had to travel to Mangaluru to get his work done at the Deputy Commissioner’s office. It almost took half a day to cover 150 km.
“People from Udupi had to go to Mangaluru for their works in DC or SP office. Sometimes it would be late and they had to stay there,” recollects Seetharam S, a retired government employee.
“But now people can get their work easily in Udupi,” he adds.

Development:
As Udupi has got a separate identity, the government provides the necessary fund for developmental works.

What needs to be done:

Industrialization: While the UPCL Power plant and the ISPRL unit at Padur are the two major ones, the district does not have any major industry.

People feel the government should concentrate on bringing software and other environmental friendly industries like automobiles.

“The district has good human resource. People are well educated here. Many youths go to Bengaluru and other cities for job. The government should bring software and other industries which can provide employment to the people here,” Jayakrishnan, an employee in IT sector feels.

The demands:
Though it is 24 years since the district was formed, there are still many things which are needed to be done.

“The district does not have its own District Credit Co-operative Bank. Necessary steps have to be taken for this,” says BJP leader and Mangaluru Vibhag Prabhari K Uday Kumar Shetty.

“Separate DCC bank would help the farmers of the district. Also, there are still some government offices which are to be set up in Udupi district,” he said.

He wanted the government to focus on education, health, and tourism in the region.

“Udupi district is known for education and health sector. Also, there is a rich source for developing tourism. The government should develop it as a tourism hub,” he added.

While no program was held and not many politicians, officials remembered this day, former minister and Congress leader Pramod Madhwaraj tweeted a message on Udupi district formation day. 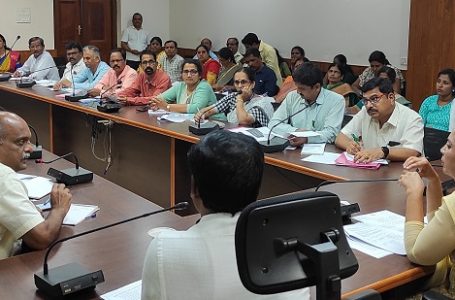