Kollur, Sep 03: For centuries this hill, situated about 3 kms east to the famous Sri Mookambika Temple at Kollur is known as Mookasura na Kote or Mookasurana Betta. But hardly did anybody think that it might have evidences pointing at the antiquity of the place.

As per the local mythology, demon King Mookasura was killed by Goddess following which She got the name Mookambika.

The hill is not just covered with jungle. It has beautiful masonry work is used for constructing stone walls which are of different elevations. The old fort-like structure, some shreds of evidence of habitation must have made people believe that the demon King Mookasura lived there.

Prof T Murugeshi, Associate Professor, Department of Ancient History and Archaeology, MSRS College, Shirva, who was fascinated by the name of this place started his quest to unearth the actual history behind it. Prof Murugeshi has done several historical discoveries of early history and the Vijayanagara period in and around Kollur.

Going by the name, Prof Murugeshi and his team started to ‘search,’ for some early historical evidence in the hill. Even before climbing the hill, they tumbled upon the evidence of early historic habitations dragging the history of Kollur back by at least 3,000 years.

This discovery could be just the tip of the iceberg.

“We found a Menhir, a cupule, a well of hard laterite stone, cut round shape. and potteries of a megalithic period in the base of the hill,” Prof. T. Murugeshi told The Canara Post.

“Though there is a mythological story related to Kolluru, the historical evidence of the temple and the inscriptions found to date were dating back to the Vijayanagara period. However we now have discovered proof to show that the region in and around Kollur was bustling with activities at least since Megalithic age,” he added.

He feels that the place of worship at Kollur might have been a part of that Megalithic culture.

“This region must be inhabited by Pre historic and early historic people. We have places like Avalakki Pare and Buddhana Jaddu near Kollur. They date back to Mesolithic and Neolithic era respectively. Avalakki Pare dates back to about 6000 BC and Buddhana Jaddu to 2000 BC. The evidences we discovered shows that habitation in Kollur date back to Megalithic era, around 1500 BC,” he said.

Prof Murugeshi stressed on a detailed study and excavation in the region which might open up a new chapter in the history. 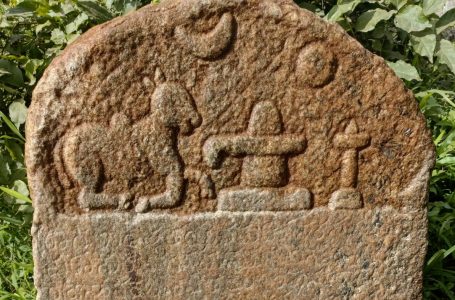 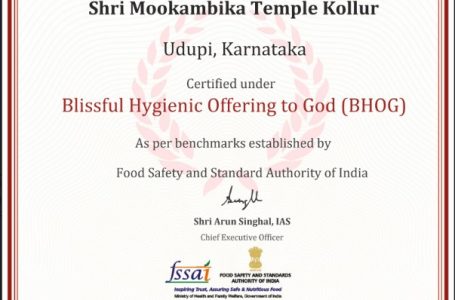