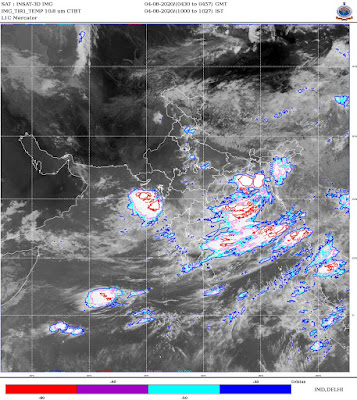 Mangaluru, Aug 04: Heavy rainfall is likely to lash Coastal Karnataka for the next few days. The India Meteorological Department (IMD) has issued an orange alert in the three coastal Karnataka districts till August 8 morning.
The forecast issued at 10 am is on August 4 states that heavy to very heavy rainfall ranging between 115.6 mm and 204.4 mm is likely at few places in the coastal Karnataka districts of Uttara Kannada, Udupi and Dakshina Kannada.
Weather warning for fishermen:
Strong wind with speed reaching 50-60 kmph is likely to prevail along & off Karnataka
coast.
Fishermen are advised not to venture into these areas
Rainfall data on Tuesday morning:
Sullia in Dakshina Kannada district recorded the highest rainfall of 94.6 mm followed by Belthangady (92.8 mm) Puttur (72.9), Bantwal (64.4), and Mangaluru (40.8). The average rainfall in the DK district was 73.1 mm.
JOIN OUR TELEGRAM GROUP