He highlighted the importance of providing undiluted and authentic news at a time when fake news, half-truths and misinformation were becoming increasingly commonplace on social media platforms. The Vice President made the remarks while presenting ‘ Keraleeyam-V K Madhavan Kutty Puraskaram-2020’ in different categories to four journalists at Upa-Rashtrapati Nivas in Delhi.

Emphasizing on the importance of objectivity, he said that news must not be coloured or slanted with views. Presenting news through the prism of biased opinion casts a shadow on the dispassionate and neutral nature of journalism, he said.

“Unfortunately, there has been a decline in journalistic standards over the years and today it is difficult to get a truly objective picture by reading a single newspaper or viewing a single news channel”, he bemoaned.

If robbed of authenticity, reliability and credibility, the media will be doing a disservice to democracy and to the cause of enlightening and empowering the public, the Vice President said.

Pointing out that there is a greater onus on journalists to be unbiased in a democracy, he said the media plays a critical role in maintaining the social fabric and political system of a country. “It should engage more proactively in advocacy, protection of rights of the downtrodden and powerless, and in uncovering illegal and corrupt practices. Ultimately, it should function without fear or favour”, he added.

Observing that journalism becomes the third eye of the citizens, the Vice President said it should constructively criticize the actions of the government with evidence, facts, and insightful research. “Only when investigative journalism is free of bias and partisanship can the media live up to its reputation as Fourth Estate”, he opined.

Naidu said that in the past, news was considered sacrosanct and treated as news not tempered by opinion.

Observing that autonomy and neutrality are equally important, the Vice President said that a media house would eventually end up losing its loyal readers or viewers if it was not autonomous. “Hence, freedom is one of the essential prerequisites for practicing serious and meaningful journalism”, he added.

Expressing his concern over decline of values in different walks of life, Naidu said there was a greater responsibility on politicians and journalists to maintain standards and set examples to others.

Urging the media to shun sensationalism by only highlighting disturbance and disruption in Parliament, the Vice President, who is also the Chairman of the Rajya Sabha, said the media should give prominence to good performance of MPs, who attend the House regularly and participate in debates by providing constructive suggestions to the government.

Paying tributes to late Madhavan Kutty, he said that he was a well-known and widely respected journalist whom he had known personally for several years. He said that was a legend in his lifetime and won several awards as a journalist and as a literary figure of eminence.

Congratulating the recipients of the award- Prasanth Reghuvamsam Resident Editor Asianet News Television Channel at Delhi, Kamal Varadoor, Chief Editor of Chandrika Malayalam News daily, Anu Abraham, Senior Sub Editor Mathrubhumi Malayalam News daily and Alex Raj Senior Reporter of 24 News, a Malayalam language Television Channel, the Vice President advised them to use the might of the “pen” to protect the interests of the people and for the development of the nation. 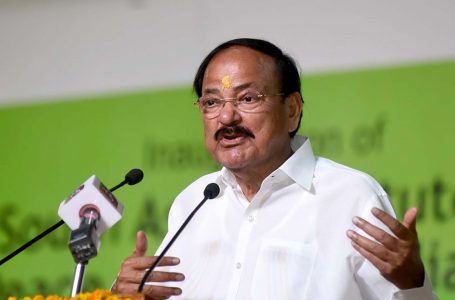 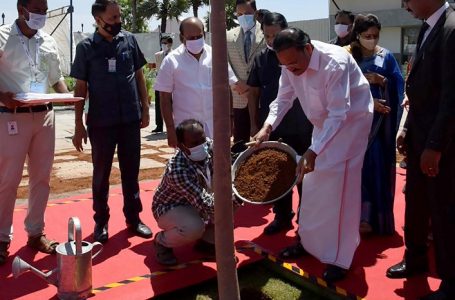