New Delhi, Sep 18: The Central government has proposed to replace Level crossings (LC) in the country with Road Over Bridges (ROB) on cost sharing basis with state government if Train Vehicle Unit (TVU) of LC is more than one lakh. Road under bridges (RUB) are provided to replace the level crossing, wherever technically feasible.

The information was given by the Minister of Railways and Commerce & Industry, Piyush Goyal in a written reply to a question in Rajya Sabha today.

During the current year, an allocation of ₹3575 Cr. has been made for ROB/RUBs. Total 7785 LCs are sanctioned for replacement by ROB/RUB, which are in various stages of progress.

Railways, in a mission mode, eliminated all Unmanned Level Crossings (UMLCs) on Broad Gauge (BG) by January 31, 2019. UMLC on Meter Gauge (MG) and Narrow Gauge (NG) routes, wherever found feasible, will be eliminated along with Gauge conversion projects. 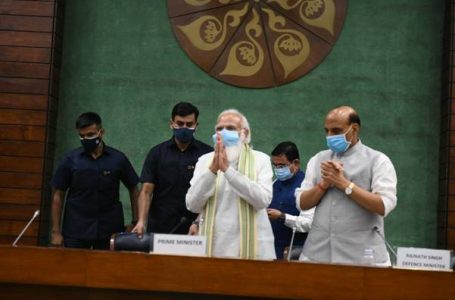