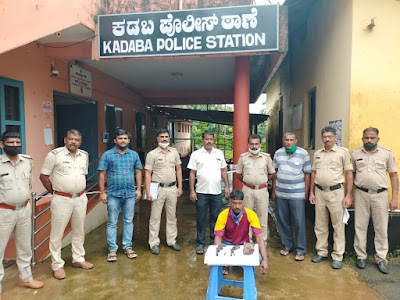 Kadaba, Aug 05: The Kadaba police have arrested a person and seized country-made pistols.

The police led by Kadaba SI raided the house of one Janardhan Gowda (40) of Paloli on August 05.

Gowda has been arrested and a case filed against him under Arms Act and Explosives Act.