Share this post
Udupi: While there is opposition from some sections of the society against the state government’s proposal to start online sevas in the temples, the data points out that even in the past a good number of devotees opted for it.
“Last year about 30,000 online sevas were booked at Kollur Sri Mookambika temple and Rs 49.50 lakh were collected at Sri Chamundeshwari Temple in Mysuru.  Due to lockdown devotees are unable to visit temples and offer sevas. Online seva would help such devotees,” Endowment Minister Kota Srinivas Poojary told reporters at Udupi on Saturday. 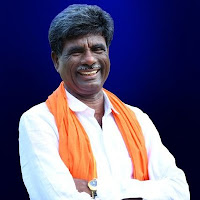 He defended the government’s decision of offering online sevas in the temple.
Two days ago the minister had declared that the temples would offer online sevas due to lockdown. This decision has received criticism from many.
The Minister who spoke to reporters at Udupi on Saturday morning clarified that online seva was nothing new in the state and it existed earlier also in many temples.
He added the state government wanted the service to be extended to other temples too based on the demand from the devotees.
Negating the charges that the rituals were not being held in the temples during the lockdown, the minister said that all poojas as per the tradition were being held within the time limit.
“The temple would be open only after the end of lockdown,” he added.
JOIN OUR TELEGRAM GROUP